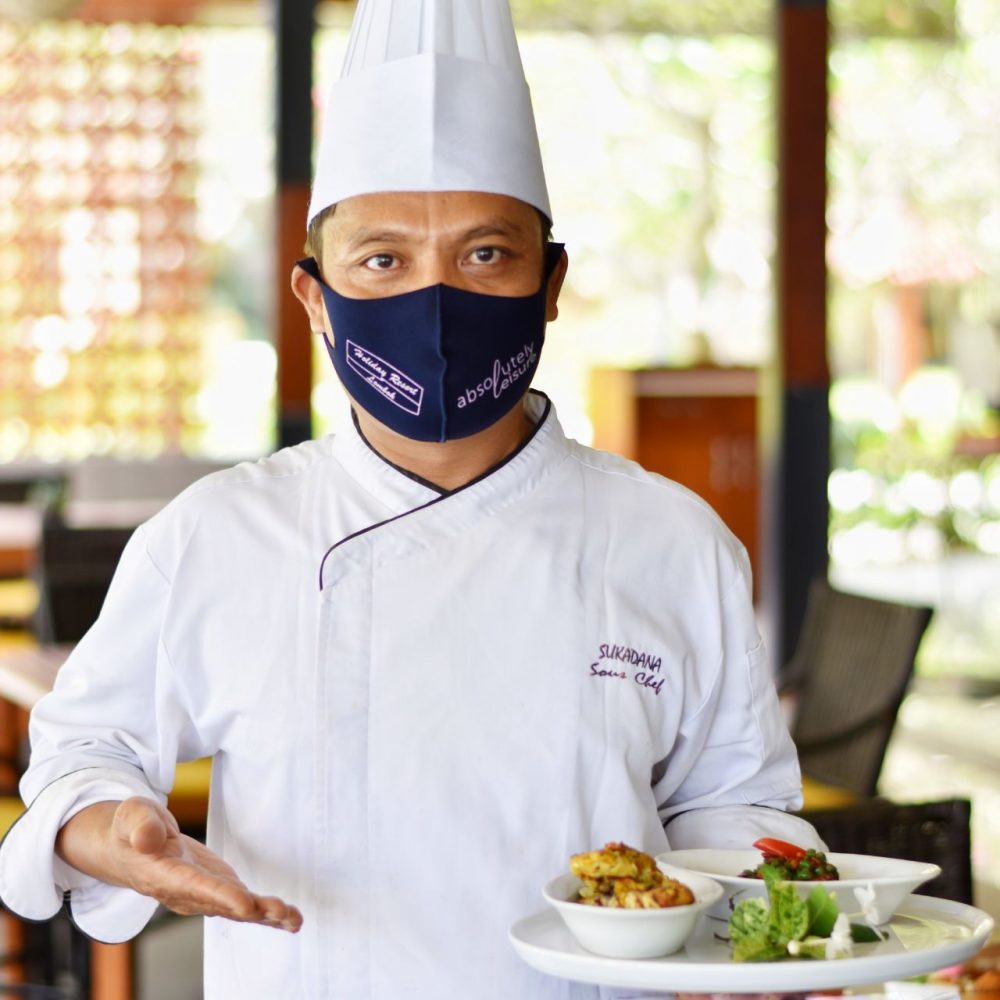 Get Inspired by Chef Wayan Sukadana

Can demonstrate the ability of various cooking techniques in providing food services that can satisfy customers with a variety of foods.

After 6 years worked at a local restaurant and became a tour guide as my side job, I’m looked for something more, something challenging, and something different.
That was in 2002 when I applied a job as a waiter in holiday resort. Unfortunatelly the waiter position had been filled.
Started as a steward, 1 year later he got promoted as a kitchen helper, 2 years later became senior cook, then Chef de Partie and now I’m as Sous Chef.

I am very happy to process raw foods become ready and can be enjoyed comfortably by customers.

When fulfilling the many and varied desires of guests with different tastes.

As a Chef, I have to come directly to the guest and explain, what he means and want, and do what he wants properly and well. so that guests feel comfortable living with us.

That sure we provide the best service, with the result that guaranteed product.

Think, Say, and Do Good to All Creatures Created by God.

Know the ingredients to be in the product, follow hygienic and sanitation standards, products with the correct cooking techniques so that they can produce good and high quality food creations.

Complained by a guest

I have been complained by a guest, and pointed at rudely, even though I have apologized and promised to give the guest the best, but the guest was furious and increasingly brutal and wanted to report to my GM.