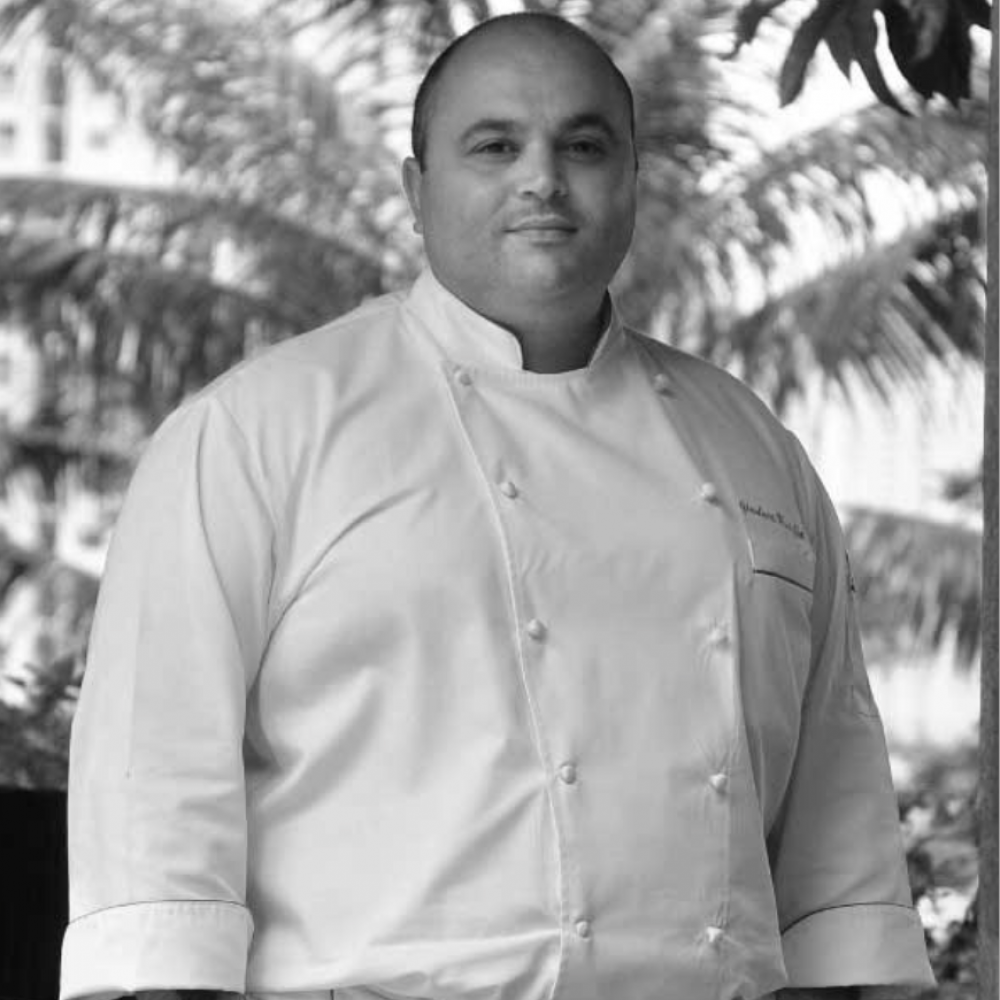 I always dreamed to become a Chef and now I'm Living the dream.

Get Inspired by Chef Gianluca Visciglia

I was born in Merate in the province of Lecco. After some working experience in my home town, I moved to Firenze where i worked in several restaurants in the city and on the Chianti area. During these times I discovered the love and passion for the Tuscany cuisine and where I also completed my studies in two different schools as Chef and Pastry Chef. The first experience abroad was in Jakarta where I worked for 3 years as Chef de cuisine for the Italian Restaurant Trattoria. In 2008 I moved to Philippines to join the prestigious Hotel company Shangri-la. In the Shangri-la Mactan Resort & Spa Cebu as Executive Italian Chef under the guide of Michelin Starred Chef Manuel Guemmon for the Italian restaurant Acqua where i received in 2009 and 2010 the recognition by the Philippine Tatler magazine for One of the Best Restaurants in the Philippines Rated with the maximum of votes in the kitchen. In the same year, me with my team took part in the Regional Chef War Competition and won the gold medal for the Visaya region and then participated for the National Chef War Competition and won the first place for the Nation of Philippines. In 2010 i was Promoted Executive Sous Chef and transferred to Shangri-la Boracay Resort & Spa in the Philippines, where I re-launched the Italian restaurant Rima and immediately after few months from the opening was rewarded by Philippine Tatler magazine One of the Best Restaurants in the Philippines with Maximum of votes in the kitchen and became also the Best Top 10 Fine Dining Restaurant in Philippines.

In September 2012 I was appointed as Executive sous Chef at the Shangri-La Barr Al Jissah Resort & Spa in Muscat in the Sultanate of Oman under the guidance of Chef Marc Cibrowius awarded Chef from the famous France Guide Gault Millau, where I managed completely the culinary operation of 2 Hotels, Al Husn Hotel 6 * and Al Bandar Hotel 5 * where he has made several collaborations with Michelin Starred Chefs, in 2014 participated in the Competition of Dilmah High Tea with the team win the Gold Medal for the GCC countries.

In January 2015 I returned to Indonesia Jakarta for the Hotel InterContinental Jakarta MidPlaza as Executive Chef. In 2016 I moved to Lombok in the fabulous Boutique Hotel Qunci Villas as F & B Manager / Executive Chef where still manage the full F&B Operation of the Hotel and especially of the 3 Restaurants, “QUAH The Elegant Italian Dining”, “Quali The Asian-Indonesian Restaurant ” and “NOOQ the Tapas & Cocktail Bar”. In 2017 in Lombok I open with my wife Sri Yatmi the Restaurant PASTA POJOK, Pojok in Indonesian means Corner, the concept of the restaurant is based on Home-Made Fresh Pasta and Home-Made Gelato using 70% products from Local Sources and the remaining 30% only products from Italy like Parmigiano Reggiano, Extra Virgin Olive Oil, Gelato Ingredients and all the products need to be Italian to bring an Authentic Italian Experience to my guests.  In 2018 we also opened Hamburgerya, a burger restaurant that is located just above of Pasta Pojok.

The best moment as a Chef is every time when one of my chefs student becomes a chef and sends me back its gratitude for what he has learnt from me.

When from a Chef de Cuisine I became Executive sous Chef, it was very difficult from handling only one kitchen to dealing with several kitchens and more people.

Focus and never give up, but specially keep learning and grow, not only my career but also my knowledge.

Think always as you can achieve anything you want, but don’t run too fast. Learn step by step and grow slowly, if you grow too fast for sure you will loose some steps that can make you stronger in the future.

Will be not fair to say to be a Chef you will have a proper balanced life, but you must to scarify something to get where you want to go, but for sure later with your experience you will also find your balance between work and life.

When you cook, always taste everything and if you like it for sure also your guest will love it.

I have worked as a chef in 5 different countries I have many memorable story to tell, let’s meet and I can tell you few of them.