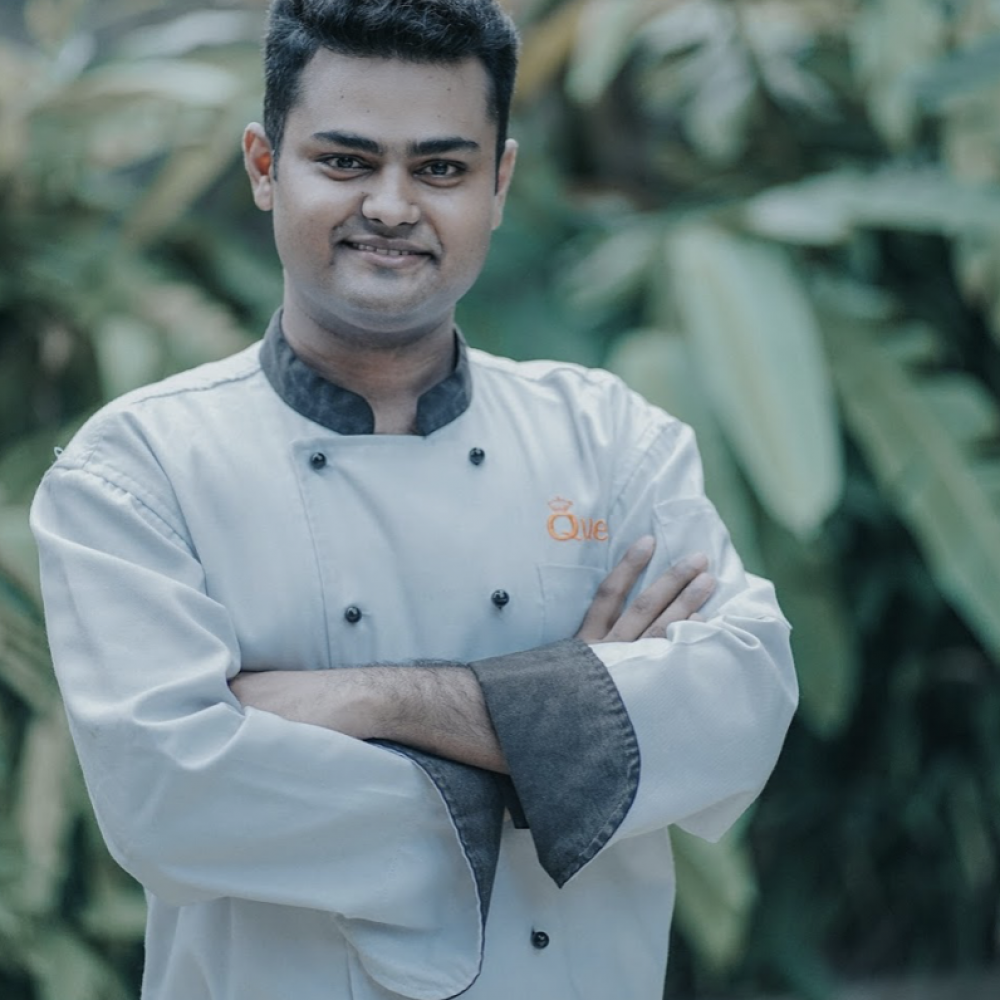 Get Inspired by Chef Chilkit Pareek

THE SIZZLING SOUND THAT COMES FROM MY HOME KITCHEN.

A native of Rajasthan, Chef Chilkit Pareek is, food blogger and author with his book: “GRAVY- Soul of Indian cuisine”.
His passion for cooking starts at a very young age while helping his mother and father, two excellent home cook, with whom a learn to the basics and the world of spices.
Joining one of the best hotel management school in Jaipur, he obtained his “Bsc degree in Hotel Management & Catering Science from College of Hospitality Administration, at 20 years old, ” and moved to Singapore for a “Diploma in Food and Beverage & Catering Operation” from the International Cuisine Association of Singapore.
After several years in India working beside with some of the Best Indian Chef and top chefs of Rajasthan, Chilkit went abroad to acquire more skills and techniques to broaden his knowledge and fine-tune his cuisine style.
As his work experience regarding presently, he is working as a chef. He has also worked in various reputed star hotels in India, Singapore, Indonesia etc. He worked in all major departments of the food production industry. Chef Chilkit became a member of INTERNATIONAL CULINARY UNION in London in 2017.
Chilkit is considered, by many of his peers, as an innovator, with his unique perception of Indian cuisine, mixing tradition and modernity. His forte on food presentation and different approach of Indian regional cuisine make Chilkit a unique Indian cuisine chef.
Chilkit is a multi-dimensional personality and food innovator. He is specialized in Indian cuisine and doing his work consistently on various facets of Indian cuisine to give it a new direction. He is passionate about cooking from his childhood. Chilkit having a unique perspective on Indian cuisine in terms of their concepts, preparations, procedures involved. He standardized in presentation and different aspect of Indian regional cuisine.

When I join my first job in hotel kitchen, it’s like my dream come true, it was the first step of my chef journey.

By far one of the most difficult tasks of a chef, and the most important to the restaurants success is identifying, finding, training, and retaining an exceptional crew. The chef knows that how this team gels will determine how well the food is received. To this end, the chef must be an excellent recruiter, a mentor, teacher, trainer, coach, disciplinarian, and role model.

ADD A PINCH OF SALT TO EVEYTHING, YES EVERYTHING.

When I joined the hotel kitchen newly, my chef asked me to mix a cashewnut paste into gravy (sauce), and I just mix directly, due to I mix it directly it become lumps in gravy, it supposed to be mix with water then add but I was new in commercial hotel kitchen, my was very angry on me and i strain the whole hot gravy around 300 ltr, that movement i never forget, from this accident i learnt also.